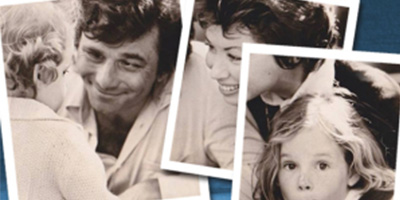 The traditional American family of the past simply doesn’t exist in today’s society where divorce and remarriage are commonplace. Alzheimer’s disease, dementia, autism and other disabilities have become near epidemic due to the wave of “baby boomers” retiring with aged parents needing personal care. Even the best families have conflict, but when that conflict rises to the level that an individual is denied all contact with a loved one, the State has an obligation to intervene. Yet, there is rarely any assistance available for a child or parent denied contact with an incapacitated loved one. This is particularly true where the State has rendered an individual a “ward” of the State by virtue of incapacity.  The Peter Falk Bill seeks to remove barriers to promote strong family relationships, while still providing ample protection if needed. 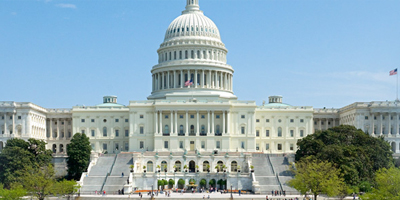 We Need Your Help

The Peter Falk Bill is being considered by Legislatures of more than 20 States-with little opposition to its provisions because the Bill is about family and preserving the sacred bonds of family relationships. Catherine Falk was inspired to create the Peter Falk Bill through her own personal suffering as she was denied contact with her ailing father during his last days, left with virtually no recourse because his second wife obtained conservatorship of him and blocked all contact between Catherine and her father. Guardianship and/or conservatorship is a creature of the State. As such, appointees (family or private guardians) should not be permitted to unilaterally make the decision entrusted to a district judge in the context of protective orders and injunctions. The elderly and disabled need your help by supporting this Bill, so please contact your Representatives and Senators and support the Peter Falk Bill. 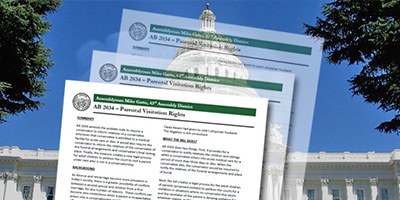 The Catherine Falk Organization offers a support center. By visiting our Official Online Resource center, you can access links supporting those who need assistance for getting visitation rights to see an ailing parent or disabled loved one. With the input and support of many lawmakers, advocates, attorneys and policy makers together, the Bill continues to improve to provide greater and greater levels of protection for the elderly and disabled. Our mission is to educate you so that you can plan for the future, while avoiding the nightmare guardianship and conservatorship causes families far too often. The devastation to the family is compounded at a time when loved ones are already grieving the loss of the parent or family member they once knew–to Alzheimer’s Disease, Dementia, or other disabling diseases.

The Catherine Falk Organization’s mission is to promote the civil and Constitutional rights of the vulnerable elderly and disabled citizens who are falling into the abusive, exploitive conundrum called “guardianship.”  Guardianship laws impact the lives of families Nationwide. Abuse, exploitation and neglect of the disabled and elderly in unnecessary conservatorships and guardianships has become epidemic, but the victims are many. The ward and their families suffer horribly by cruel acts of isolation from loved ones, which almost always constitute illegal retaliation under the Americans with Disabilities Act of 1990 (ADA) and Civil Rights Act of 1964, as well as a host of State and Federal laws.Wards have the same Constitutional Rights as other individuals and any law which purports to deny the disabled equal protection of the law and Bill of Rights is discrimination based upon disability–illegal. The guardianship industry has simply gotten out of control to where it harms, rather than protects-more often than not. Apathy and ambivalence perpetuates the abuse neglect and exploitation. For this reason, the Peter Falk Bill hopes to put barriers in place against abuse, neglect, exploitation by prohibiting guardians from isolating their wards from family without a Court Order after the individual seeking access to their loved one–is granted full due process rights. It also respects the ward’s rights. The Bill’s purpose is to put teeth back into the law, and mandate respect for the Constitutional rights of all Americans.  Few scenarios justify the abusive, cruel isolation so often seen in guardianship, but it is the rule rather than the exception. Our mission is to stop this despicable practice by mandating compliance with Federal and State law. We encourage and invite you to join us to change this travesty of justice wrought upon families. The weak and defenseless in our society are depending upon us to be their voice. Will you?

Our purpose is to reform bad laws that victimize those who are unable to fight for their own rights. We envision a Nation-wide coalition of like-minded advocates – to raise awareness of abusive guardianships, victimizing the vulnerable these laws were designed to protect. Life, Liberty and freedom, core American values–are slipping through our fingers, but there is no greater injustice than wrought upon families and the elderly by guardians who abuse their authority and isolate without cause. It is immaterial whether the guardian is a family member or private fiduciary, for the injury is the same. Mahatma Ghandi once said that a Nation is judged by how we treat our most vulnerable-enough said?  Absent extraordinary circumstances proven by clear and convincing evidence, no State should be permitted to delegate the right to abuse another citizen by isolation from their loved ones.  By imposing the burden of proof on the guardian, with removal and payment of costs and fees for wrongfully isolating a ward from loved ones, the risk of abuse is reduced tremendously. The alternative effectively gives court appointed guardians the power of a district court judge, which cannot be tolerated. If a guardian determines that a protective order or injunction is legitimately required, these Orders can be obtained with minimal fees or court time. The emergency nature of these proceedings–virtually guarantees that hearings are short and to the point. This reduces cost for everyone and does not create barriers to court access, which violate citizens’ Constitutional rights. We are receiving unimaginably positive feedback from legislators across the Nation as the Peter Falk Bill moves forward beyond 10 States with little opposition. Thank you for your kind support.